You are here: Home > Sharia Law

Saying that Muslims should not be able to practice Sharia law is kind of the same is saying that a priest who hears a murder confession in the confessional should go to jail if they do not turn evidence. As a society, we seem to feel that it is reasonable for a priest to not report crimes because they are protected by some sort of confessional Hippocratic protection, which they don’t. The idea that we (read Tennessee), need to pass a law stating that it it illegal to practice Sharia is even more bizarre than passing a law saying that a layman (read priest) has some sort of legal status in the judicial system. How can you tell if someone is NOT eating bacon because they don’t like it or if they don’t want to break their religious laws.

The point is that our laws, the laws of the state, no matter how stupid they may be, supersede any other law. Passing a law to say that one type of law based on imaginary men in the sky is more illegal that another fiction-based system of law is so laughable that I’m surprised some of our legislators heads haven’t exploded due to an overdose of irony (which they probably think is similar to goldy or silvery.) 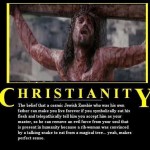 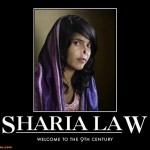